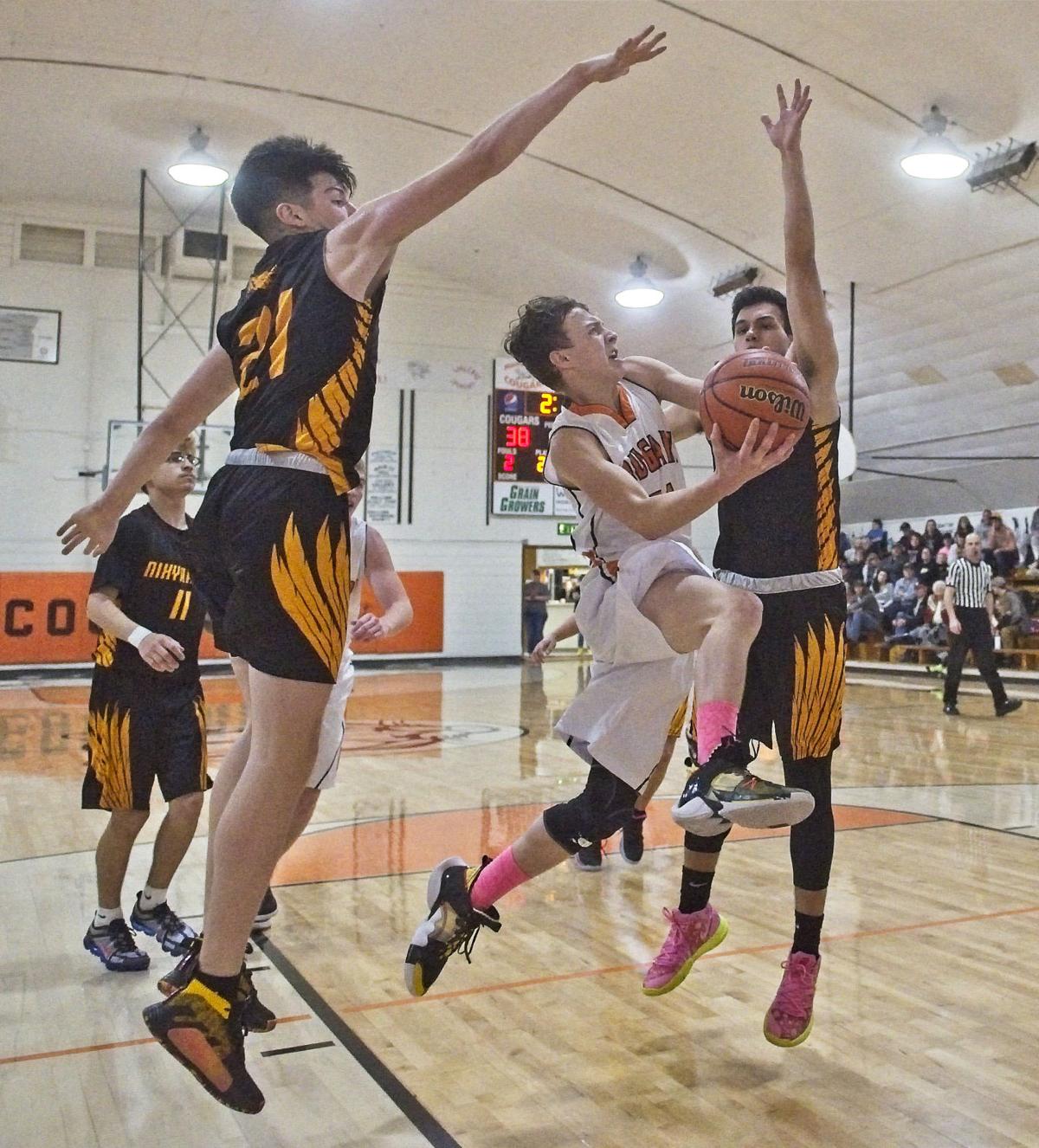 Mason Moore goes up against Moses Moses and Shane Rivera 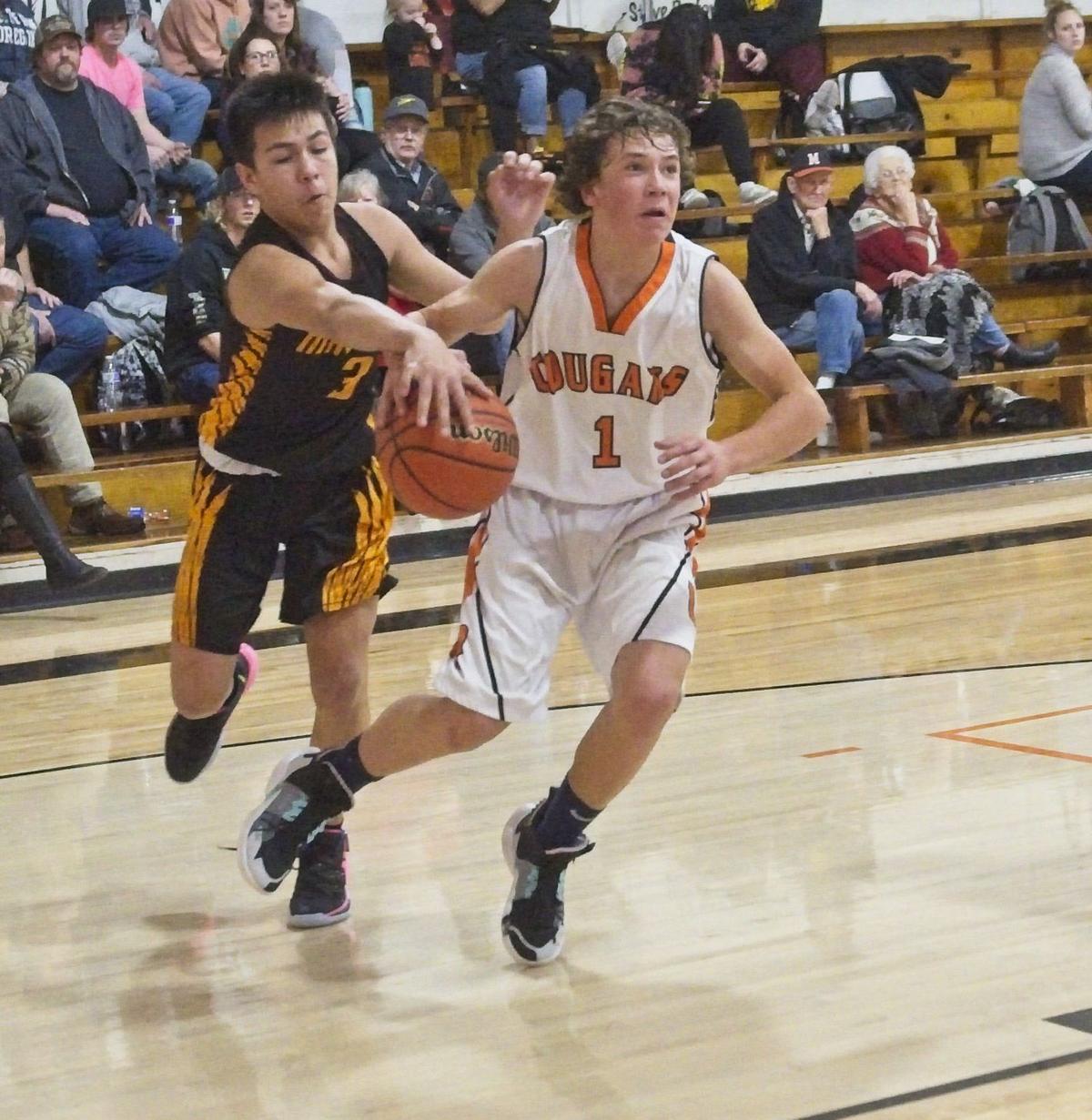 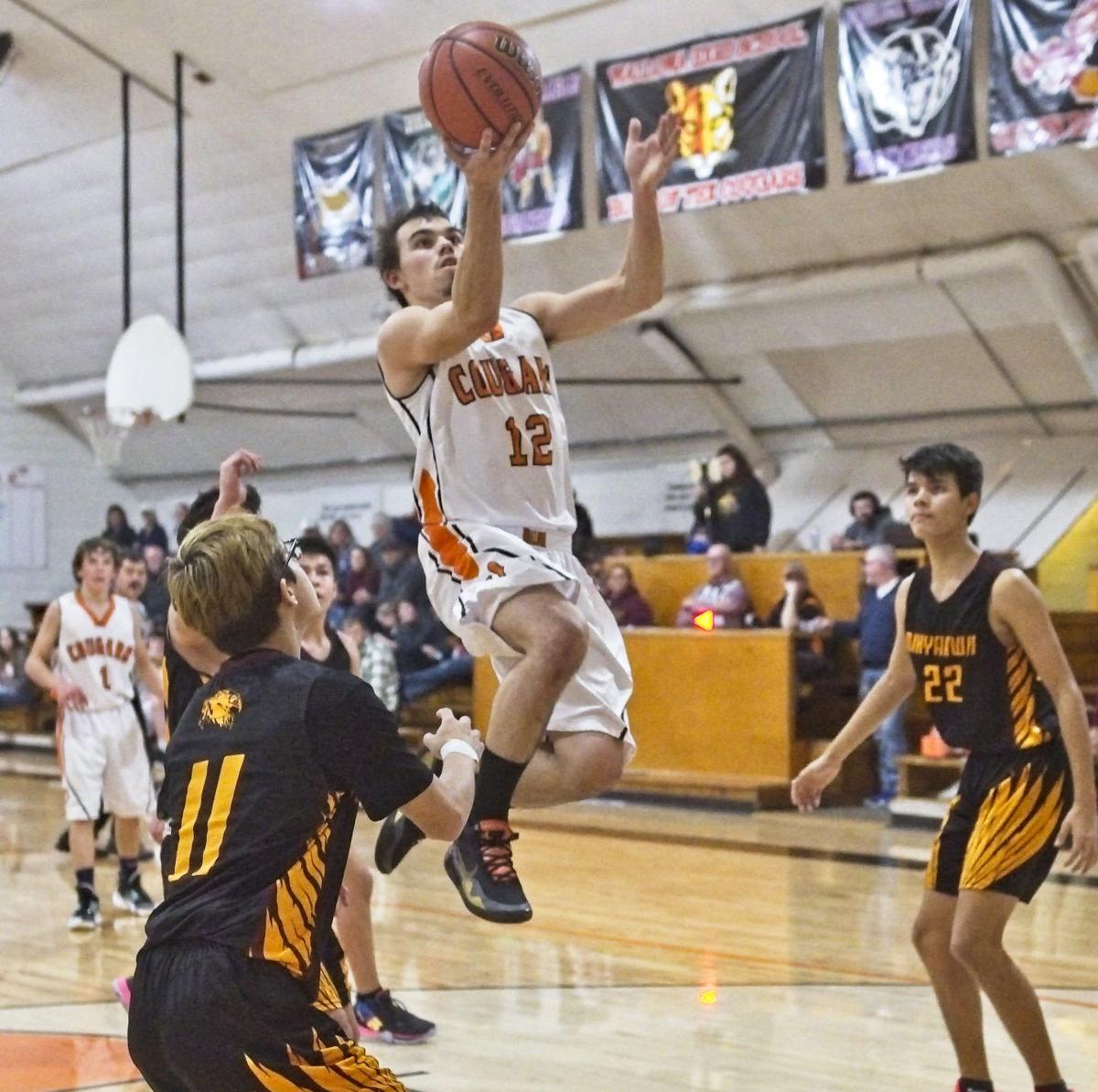 Tristin lays it in 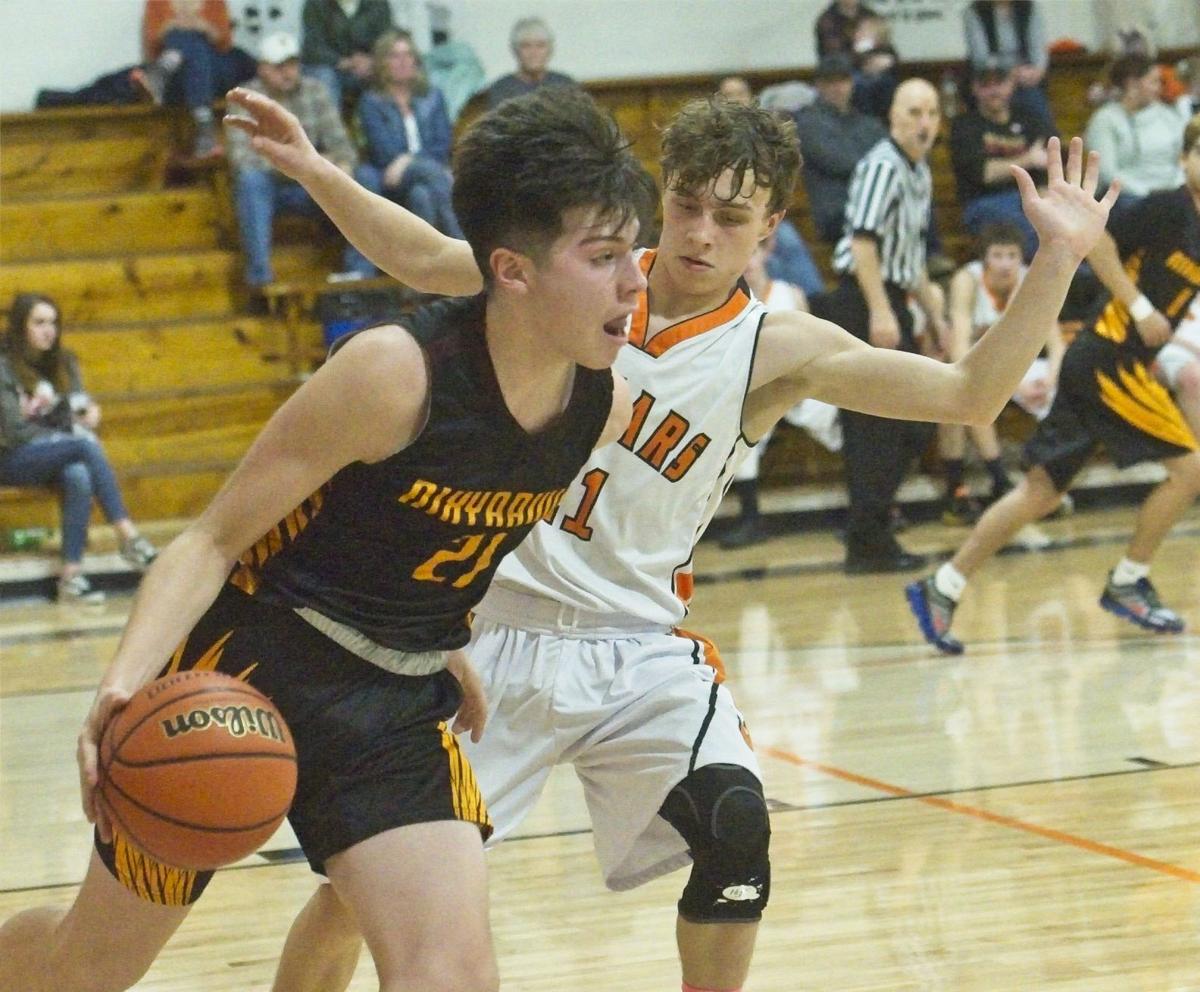 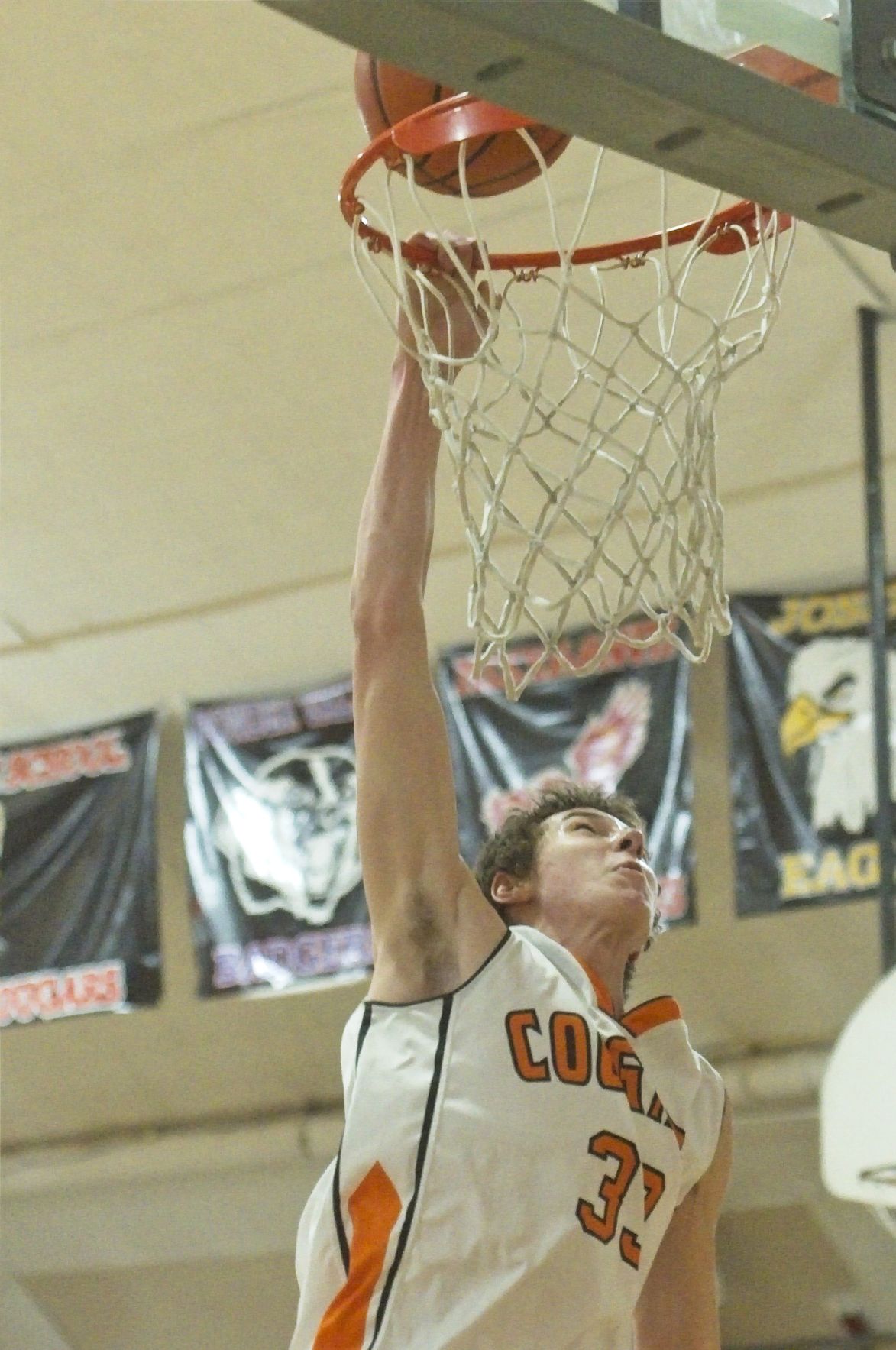 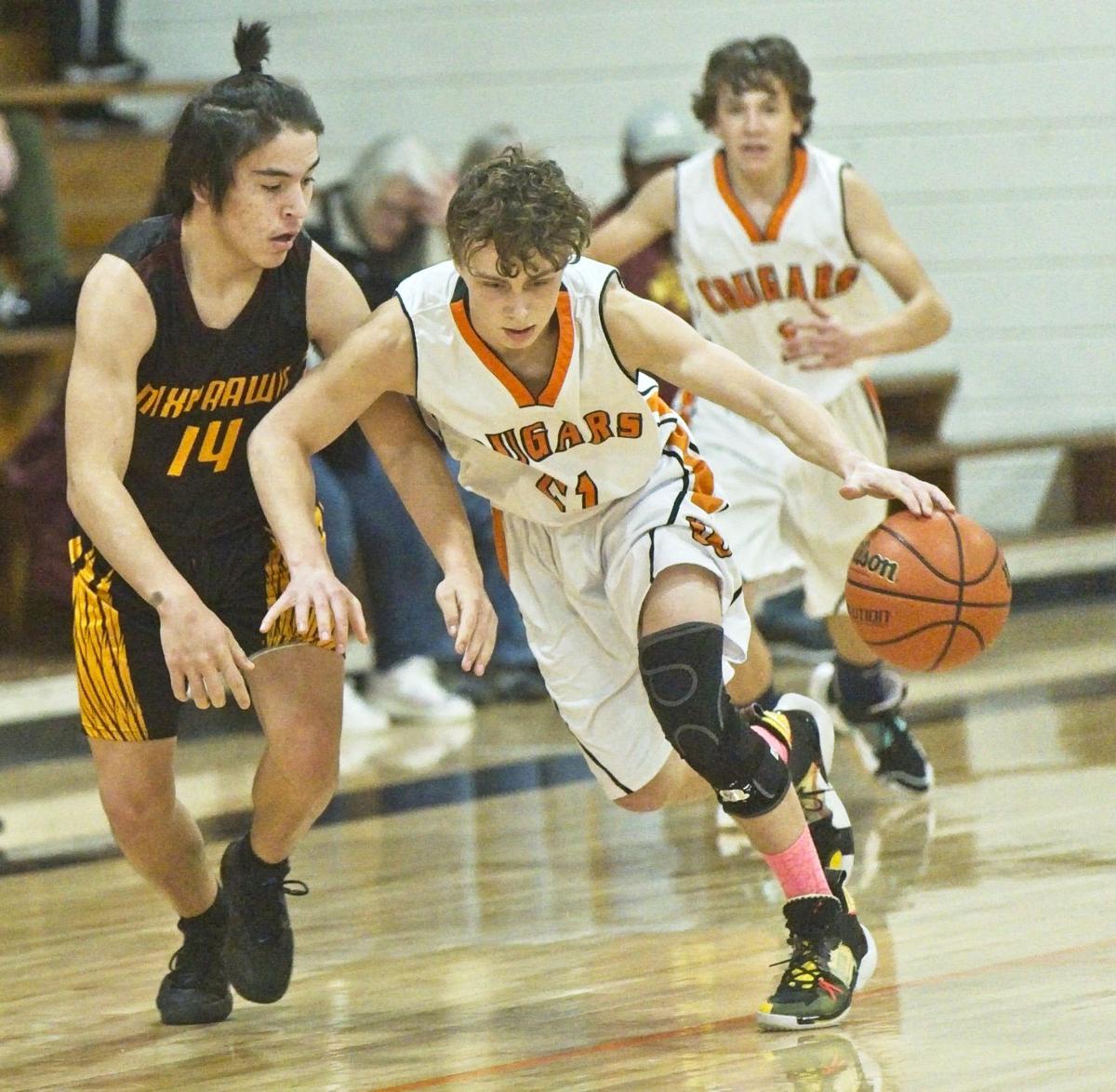 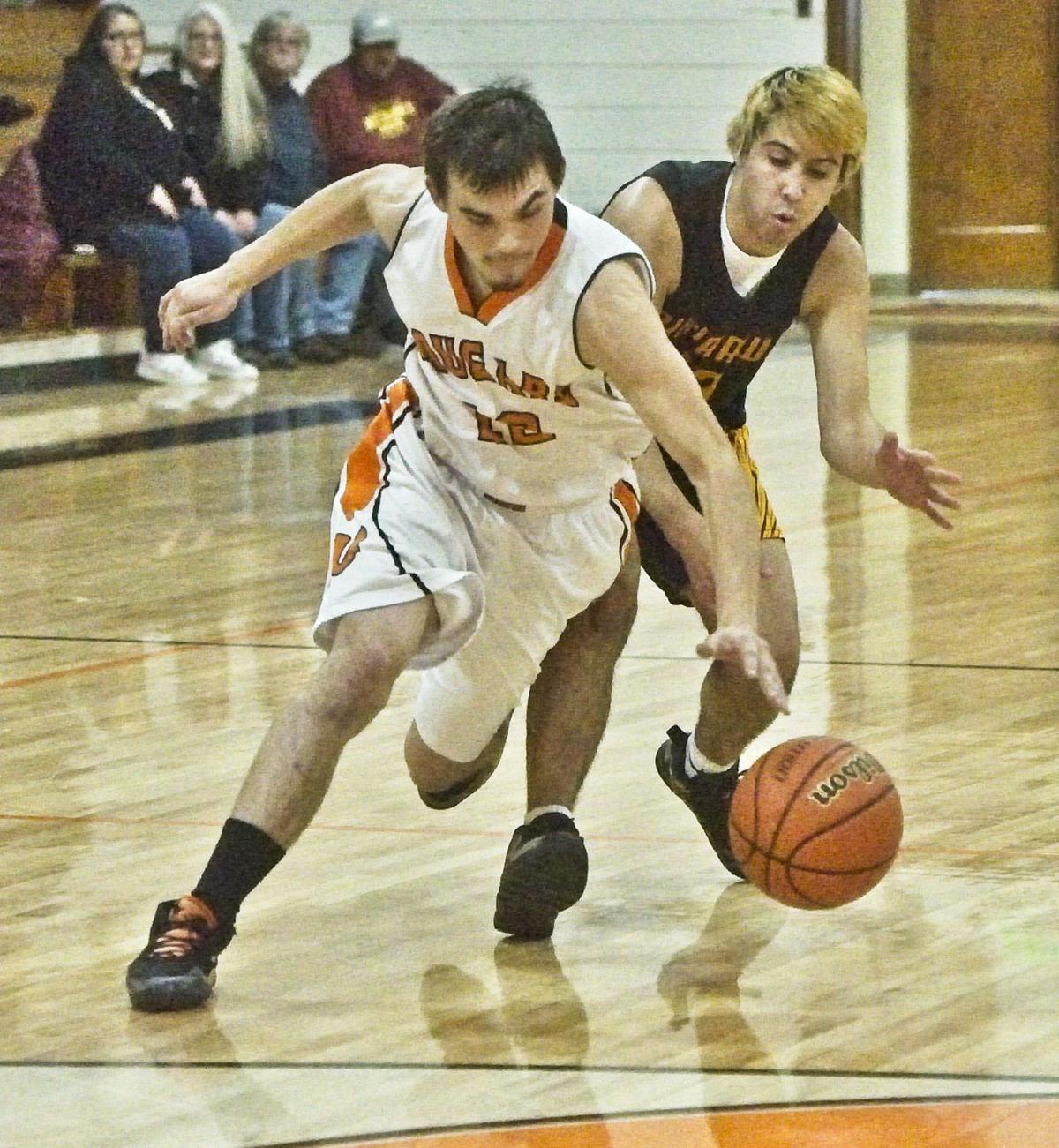 Mason Moore goes up against Moses Moses and Shane Rivera

Tristin lays it in

It may seem like the hard luck Cougs have little to roar about these days, but the WHS boys played good basketball at home over the weekend, particularly against league powerhouse, Powder Valley.

The Cougs played the Badgers hard, and although ultimately succumbing, 74-61, the boys were in it most of the game and even led at times.

“We actually had them tied up in the third quarter,” Coach Cody Lathrop said. “We had guys playing with heart and intensity and for the love of the game.”

According to Lathrop, only a few three point buckets and a couple of loose balls separated defeat from victory. He lauded his team for starting to run an offense and shooting the ball well. They scored one of their highest point totals of the season.

“I felt like we won the game,” Lathrop said. “The score didn’t reflect how we played. We were down by nine, up by two; we were down by six up by one.”

The coach said taking Kolby Mandal from the guard slot and allowing him to play the post position turned the WHS sophomore into an electrifying player.

Lathrop said that the Badgers have a great team, but the Cougs came out and played the type of game he knew they were capable of. He added the excellent play of WHS gave the boys hope they can play with anyone, and he couldn’t ask for anything better.

“They set the bar for themselves, and there’s no excuses anymore,” Lathrop said. “They know how to play, and the mentality to be great is there.”

Quinten Tillery led the scoring with 16 while Mandal aced 15 on the evening. Tristin Bales maxed at 14 in the hoop. Lathrop noted that Bales, Zeb Hermens and Mason Moore played a big role in breaking the Badgers’ press, which kept the game close.

The following night’s play with Nixyaawii showed the Cougars putting in a fine effort against one of the best teams in the state, although the Golden Eagles won handily, 81-38.

Lathrop said he threw every defense he knew against the Eagles, only to see it batted back. Hot shooting Nixyaawii sank 19 from beyond the paint during the contest.

“The kids kept playing,” Lathrop said. “They ran the offense and defense, and they played hard. There wasn’t much we could do.” He did note that Mandal got a dunk in on a fast break. Lathrop said that he expects the Golden Eagles will play in the state championship game.

For the moment, Lathrop and the Cougars are concentrating on making a dent in the Old Oregon League for the remainder of the season.

“We have to push and work on the things we know we can control,” Lathrop said. “We can’t focus on things we can’t control. They’ve started to click and jell and they’re engaged in what we do.”

Mandal led the Cougs with 12 in the vault. Jace Fisher, Tillery and Mandal also dominated the boards in the contest.