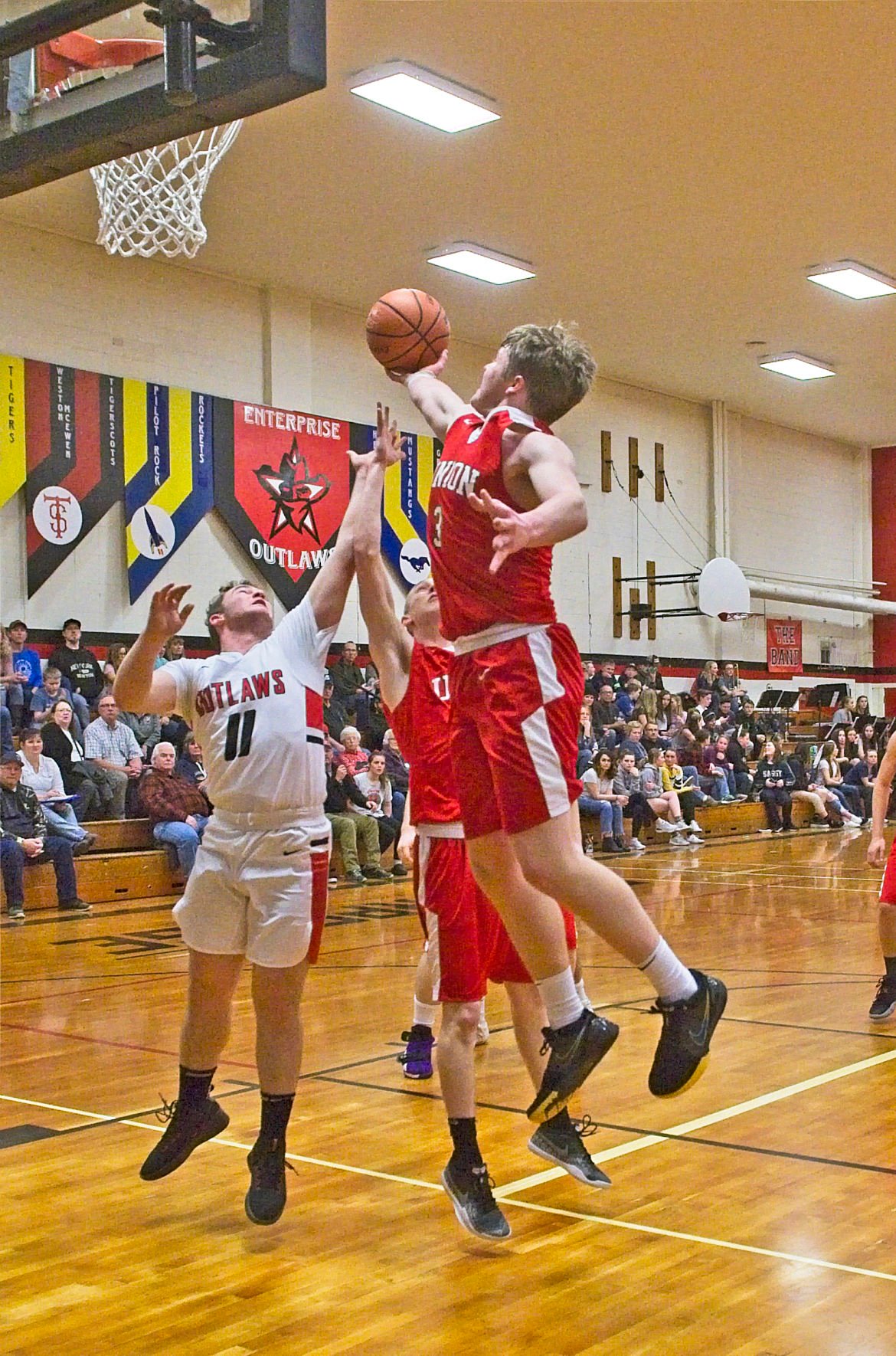 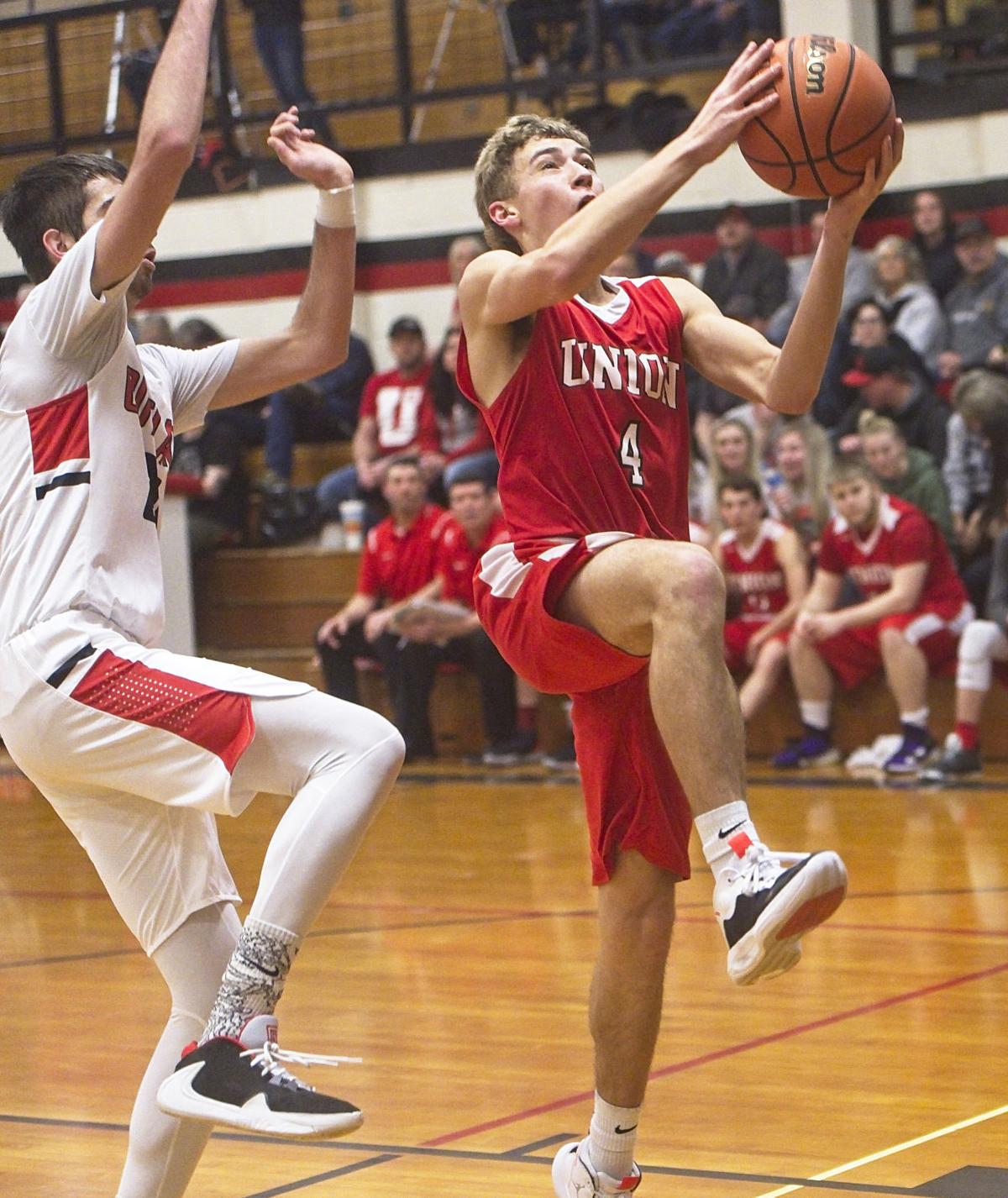 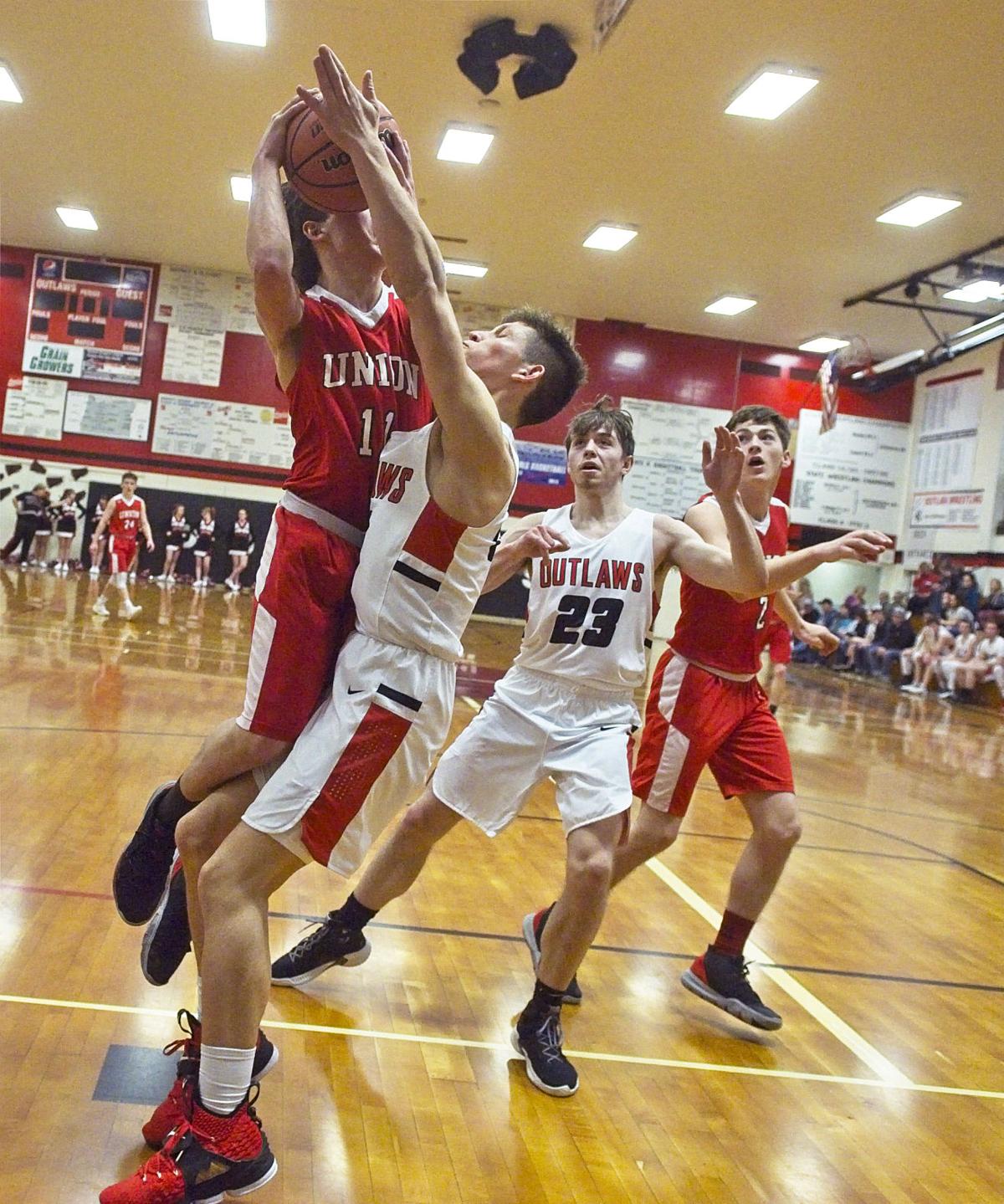 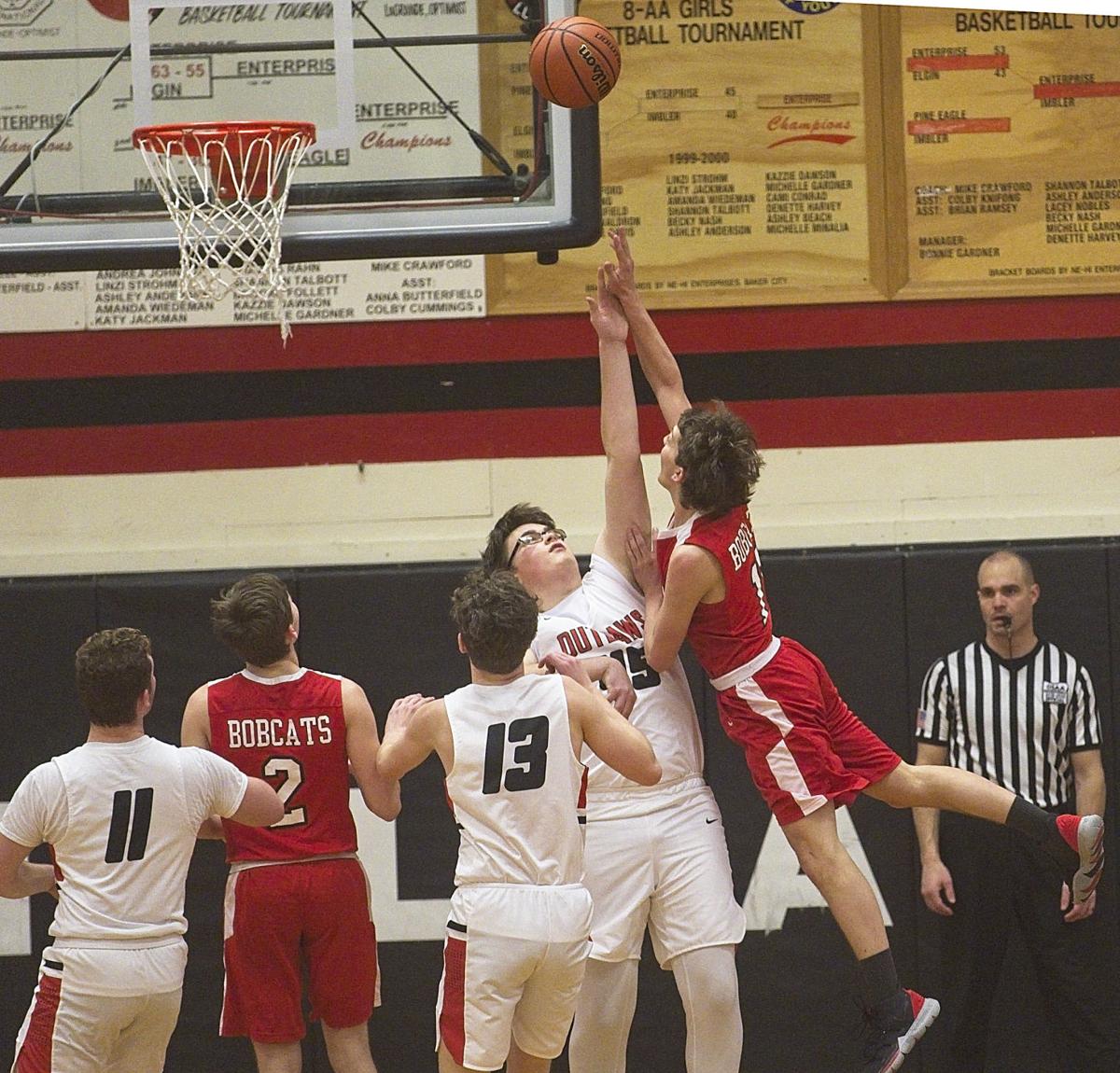 The Enterprise Outlaw boys lost to the Union Bobcats 47-30 on Feb. 4. Enterprise could muster only five points in the first quarter and a total of 15 in the first half, largely on scoring by David Salim and Cason Kirkland who sank two long three-pointers in the second quarter. In the second half, Kirkland continued to be the leader in scoring, sinking the only two baskets scored by the Outlaws in the third quarter, and one more in the 4th.

By the end of the third quarter the Bobcats held what would be a commanding lead of 42-19. As Union liberally substituted their second string in the 4th quarter, the Outlaw defense perked up, permitting the Bobcats only five points while the Outlaws poured in 10.

“The Union team is pretty tough, and in fact, it feels like every one of these teams has a very talented lineup and it’s not like we can’t match up with them, but I feel like we’re struggling.”

Only senior Cason Kirkland seemed to have a grip on the game as he dumped 12 points in the bucket. No one else scored more than four. Shooting percentage bottomed out at 23 percent from the floor with free throw shooting stalled at a mere 50 percent.

Devin Greer, one of the Outlaws’ most formidable scoring machines, had an off night, contributing only two points on a pair of foul shots in the fourth quarter. David Salim also had an off night, scoring only four points, and collecting five fouls. Kirkland, with 12 points, was the high scorer for the Outlaws. For the Bobcats, Keegan Glenn tallied the team high of 17 points, while Jace Phillips poured in ten via three three-pointers and a single foul shot.