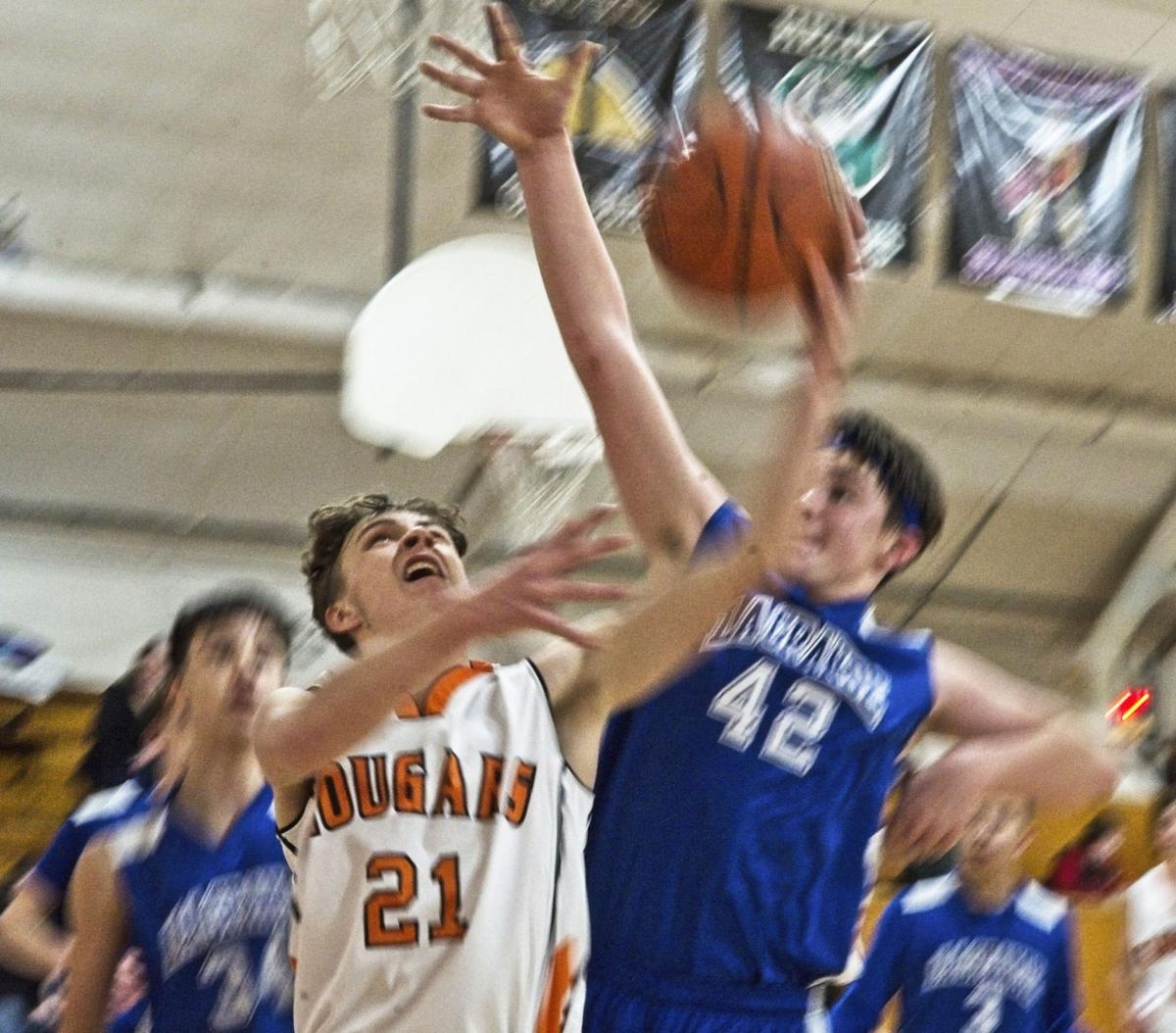 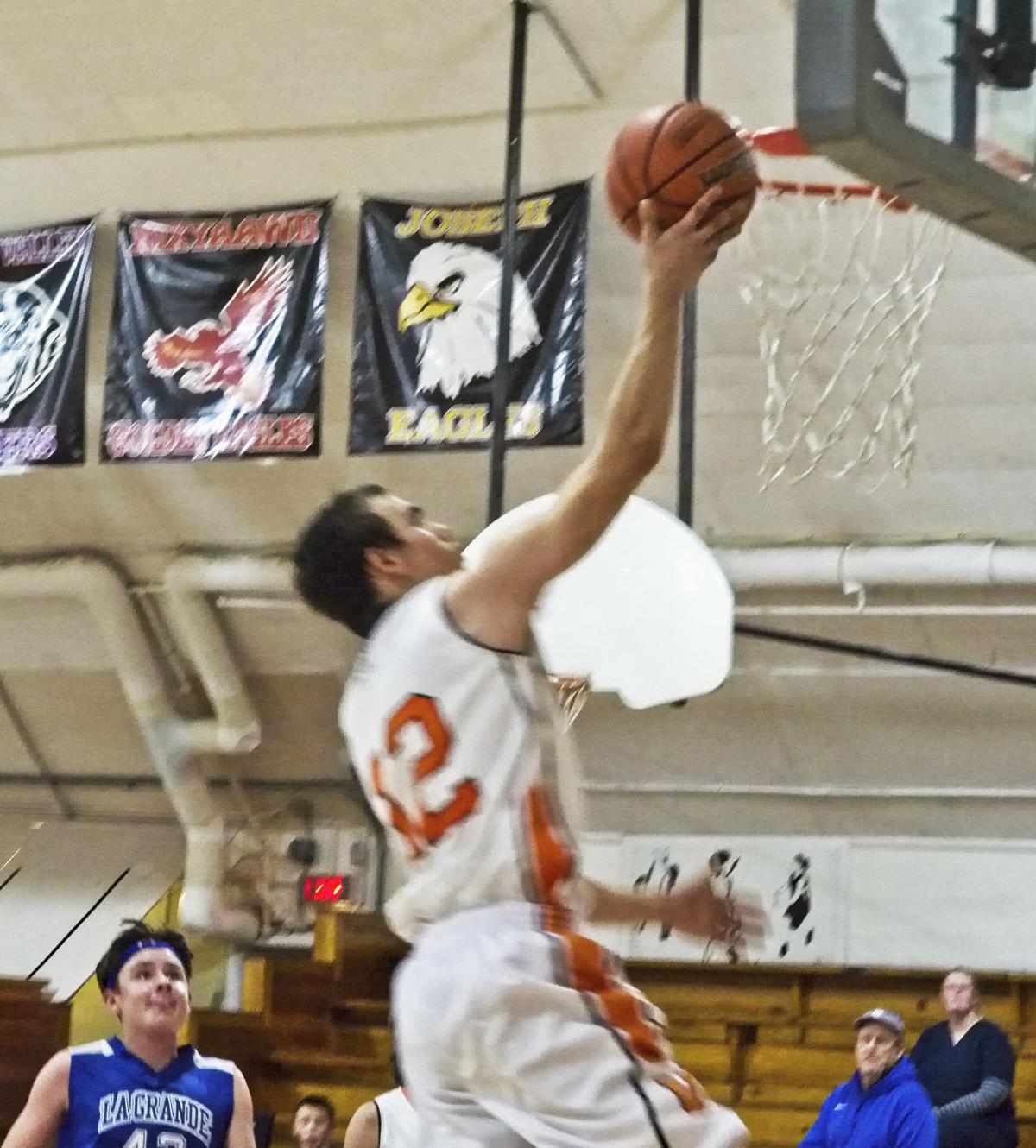 Wallowa Cougars’ Tristin Bales finds himself unimpeded on his way up to the basket for a lay-up versus La Grande JV. Wallowa walloped the Tigers 60-36.

Wallowa Cougars’ Tristin Bales finds himself unimpeded on his way up to the basket for a lay-up versus La Grande JV. Wallowa walloped the Tigers 60-36.

After taking a 46-29 walloping at the hands of La Grande High School junior varsity. the Wallowa Cougars showed the Tigers who the real king of the jungle is. The Cougs beat the stripes off the Tigers in a 60-36 victory with the outcome never in doubt.

The Wednesday, Dec. 18 battle took place in the Cougars’ den and La Grande did not leave without paying the price.

The game started with Wallowa taking it to the streets, quickly building a large lead, helped along by the unstoppable Tristin Bales, who scored 31 on the night.

The score stood at 20-7 early in the second quarter and after the first half, the Tigers never got closer than 14 points before the Cougs started to put on the squeeze. Turnovers were at a minimum and Wallowa worked with patience and good passing to sustain its lead. The ending was anti-climatic with the Cougs scoring almost at will.

“The kids were pretty excited,” Coach Cody Lathrop said. “They were a little frustrated the last time we played them.” Wallowa lost that game, 46-29.

“We’re following out shots; we’re crashing the boards and getting some opportunities like we expect to,” Lathrop said. He also noted more player patience on offense that allowed team members to get quality looks at the basket.

Second in the scoring slot was Quinten Tillery with 13 points. Lathrop mentioned Zeb Hermens’ seven-point performance, which he said came from Hermens attracting so much attention from the opposition, which allowed other players to score. The coach also noted that with the more prominent role of Mason Moore, things were falling into place.

“I think we’ve found out exactly where we need to be,” he said.