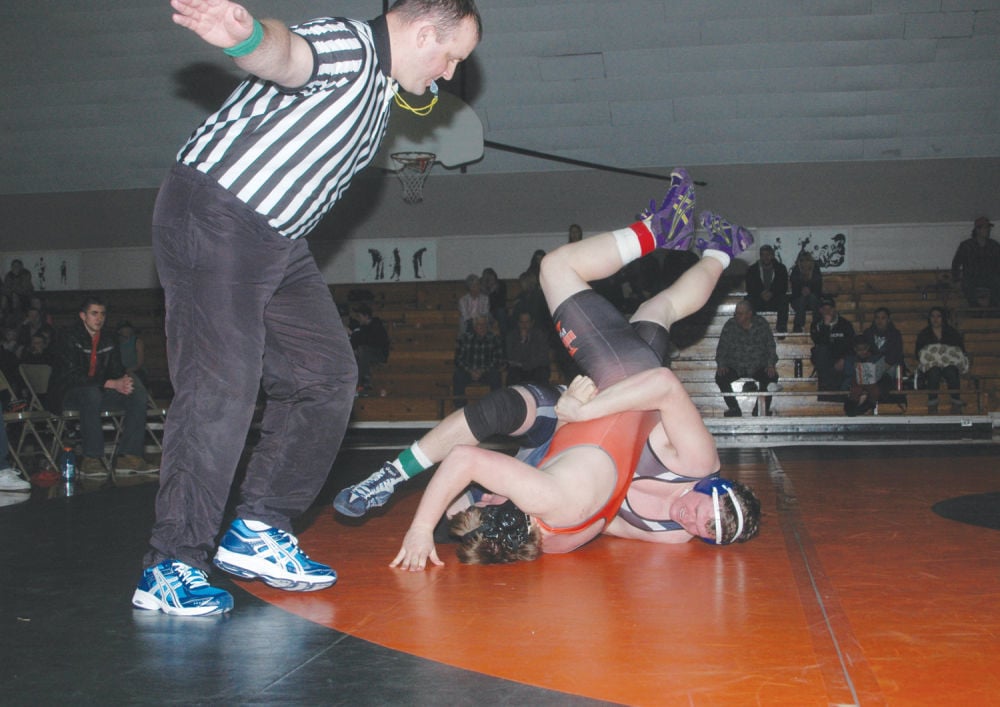 <p>Wyatt Warnock of Joseph wrestled Cain Stellings of Imber Thursday evening in the Wallowa Gym. Three teams fom Union County were matched up against the three teams from Wallowa County in the matfest.</p> 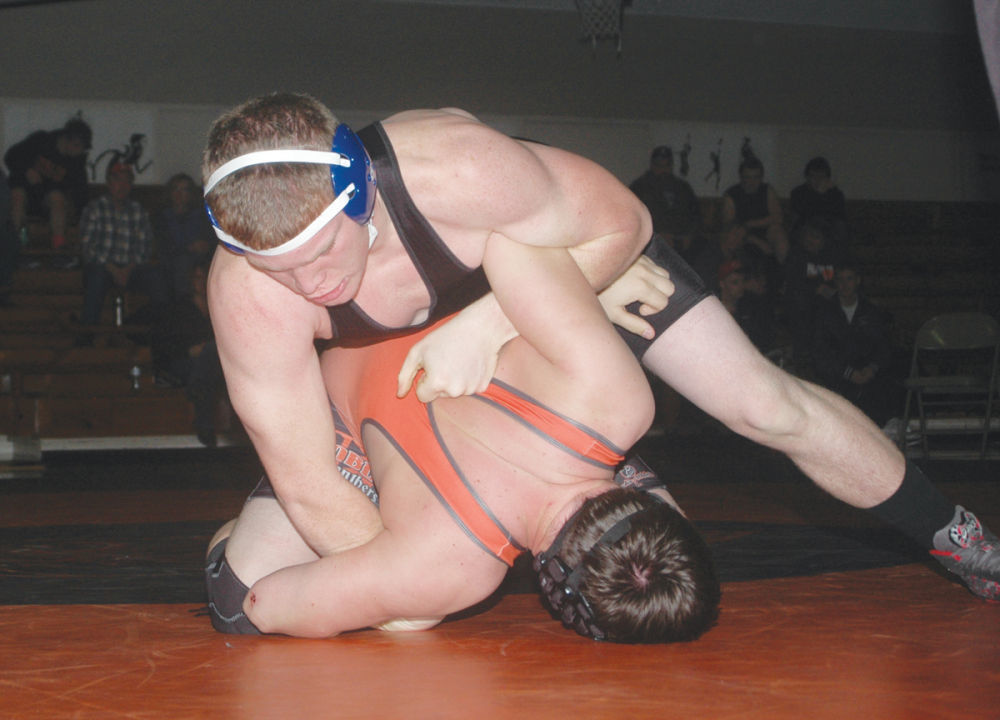 <p>Wyatt Warnock of Joseph wrestled Cain Stellings of Imber Thursday evening in the Wallowa Gym. Three teams fom Union County were matched up against the three teams from Wallowa County in the matfest.</p>

WALLOWA  In the second dual meet between Wallowa and Union county 1A wrestlers held within a span of two weeks, Wallowa County grapplers again claimed the team title; this time by a score of 48-31.

The second meet, held in Wallowa Jan. 31, was far more decisive than the Jan. 17 meet held in Union where the local team won 39-36.

Wallowa County athletes only won seven of the 13 weight classifications last Thursday, but the overall point production was significantly higher than two weeks earlier because six of the local squads seven wins came via pin. In wrestling, more points are awarded for pins than for any other form of victory.

Winning by pin for the local squad, while pitted against a consolidated team comprised of wrestlers from Imbler, Elgin, and Union, were the following:

The seventh win recorded by a wrestler from Wallowa County was notched by Luis Mendez of Wallowa who won by forfeit in the 106 lbs. weight class.

Additional exhibition matches also were held to ensure that every wrestler could compete in one match.

Wallowa wrestling coach Mel Byers said admission to the event was free, and yet enough donations were gathered both to pay the cost of referees and purchase enough pizza to feed all competitors after the match was completed.