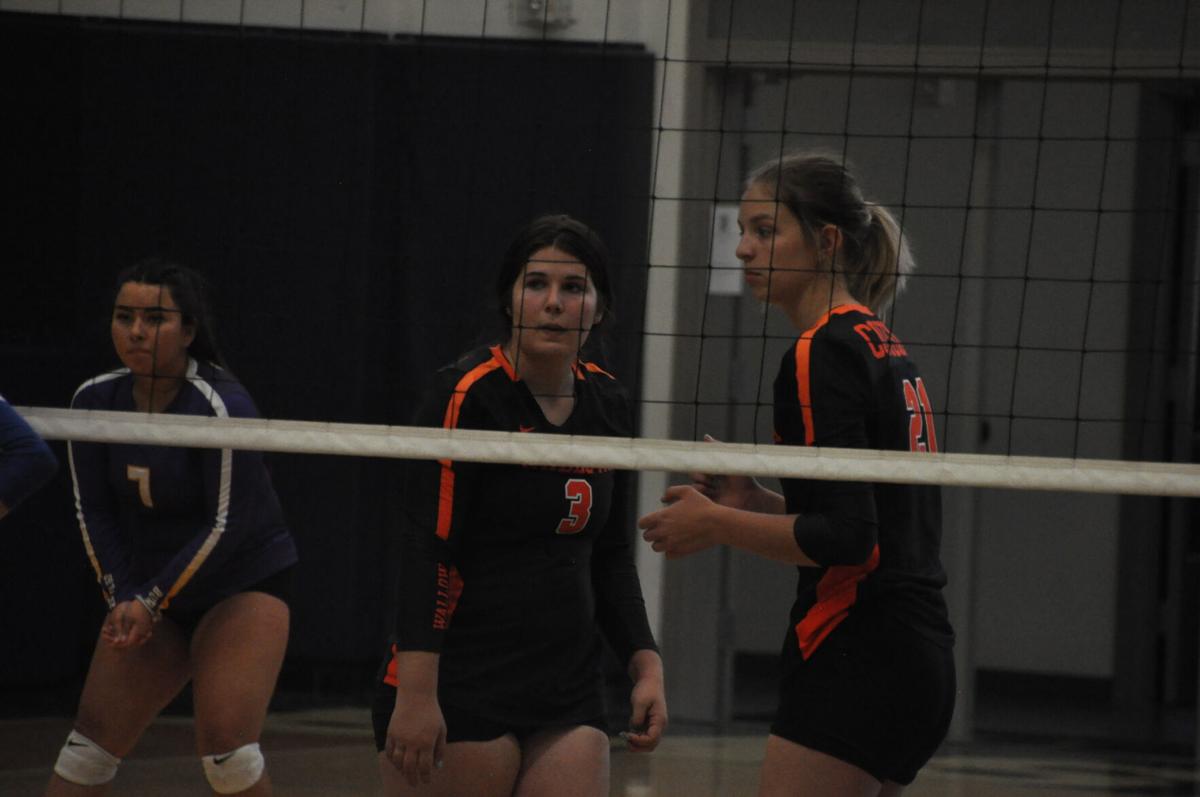 Ashlyn Young (3) and Jamie Johnston (21), 2020 graduates of Wallowa High School, were given an opportunity to take part in the Oregon All-Star Volleyball Match Saturday, June 19, 2021, at Eastern Oregon University. 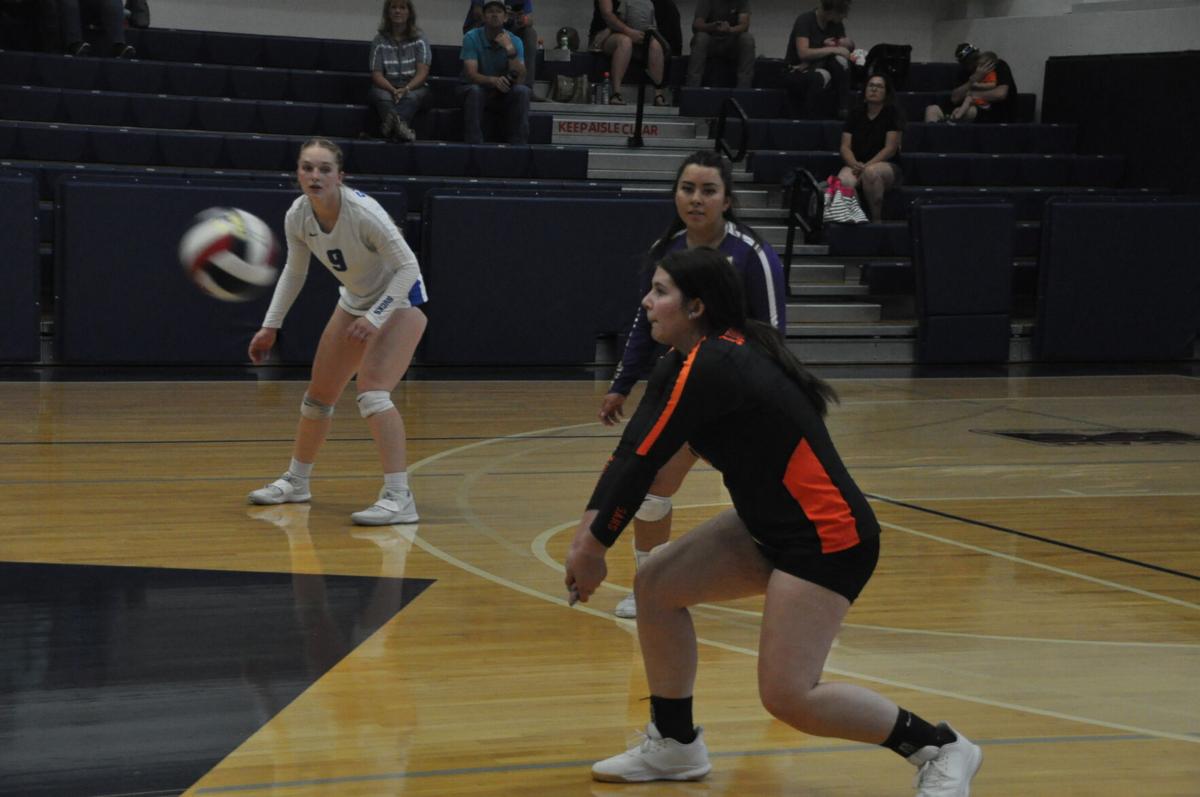 Ashlyn Young (3) and Jamie Johnston (21), 2020 graduates of Wallowa High School, were given an opportunity to take part in the Oregon All-Star Volleyball Match Saturday, June 19, 2021, at Eastern Oregon University.

LA GRANDE — Ashlyn Young and Jamie Johnston had worn the Wallowa volleyball uniform for the last time when their season — and their high school volleyball careers — ended with a loss to to eventual champion St. Paul in the 1A playoffs in 2019.

Or so they thought.

They had an unexpected opportunity to don the black and orange again Saturday, June 19, at the Oregon All-Star Match at Eastern Oregon University in La Grande.

“It was weird. My senior year, I thought it was the last time I was ever going to wear (a) Wallowa jersey again,” Johnston said.

Johnston and Young, both 2020 graduates of Wallowa, were invited to be a part of the annual event partly due to the fact their chance to compete a year ago was wiped out by COVID-19.

“I was really excited, and really felt honored that they opened it back up,” Young said. “Because I know I myself was really bummed out, and what I looked forward to at the end of my senior year since we didn’t make it to the state championship was getting to come back and play in the all-star game. Them opening it back up gave me a chance to relive the sport I love the most — it was really nice.”

That 2019 contest against the Buckaroos was the last time either had played in over a year, so there were some cobwebs that needed to be shaken off.

Young said, though, it didn’t take long to find a rhythm — even though the seven athletes on the squad had just one practice Friday night before the two matches Saturday.

“Pretty sore this morning, hard to get back out on the court,” she said. “But the dynamics were still there. It was getting the speed (down), and that kind of thing was a little rusty.”

Johnston acknowledged the power she was accustomed to playing with was somewhat lacking.

“Strength for hitting and blocking (were not there), and I was out of shape,” she said.

Still, she was excited to have the opportunity to take part with her old teammate.

“It meant a lot. It made me super excited, because I got to play with Ashlyn one more game,” Johnston said. “It was amazing. We knew how we run our roatiatons and stuff, and she knew how I liked my sets. It was super easy to go along with her.”

Johnston bounced back from a shoulder popping out that she suffered during the final match against Team Lind.

She was back the next set, which Young said was par for the course for Johnston.

“It’s happened a lot, throughout basketball and volleyball, but she’s always come back,” Young said. “You can always rely on her to come back even though it happens.”

Young commented on how quickly the team, which also featured Mary Davidson and Jordyn Caldwell of St. Paul, Tyanna Norton of Vale, and Hallie SkunkCap and Kaiden Raif of Burns, meshed.

As for playing with two athletes in Davidson and Caldwell who were on the team that defeated Wallowa back in the 2019 playoffs?

“I enjoyed playing with them,” Johnston said. “They’re competitive but they love to support us, and if we do something wrong, they pick us up. They don’t put us down like most players do.”

Both agreed a high point of the day was earning a win in their opening match, though Young added that for many seniors, getting to have that final match is a highlight.

Playing that match meant putting on the uniform again. Weird? Sure. But for Young, it also signified that, truly, the volleyball career was over after Saturday.

“It was heartbreaking, knowing there was nothing going on past this,” she said, “but it was nice to put it on one more time.”