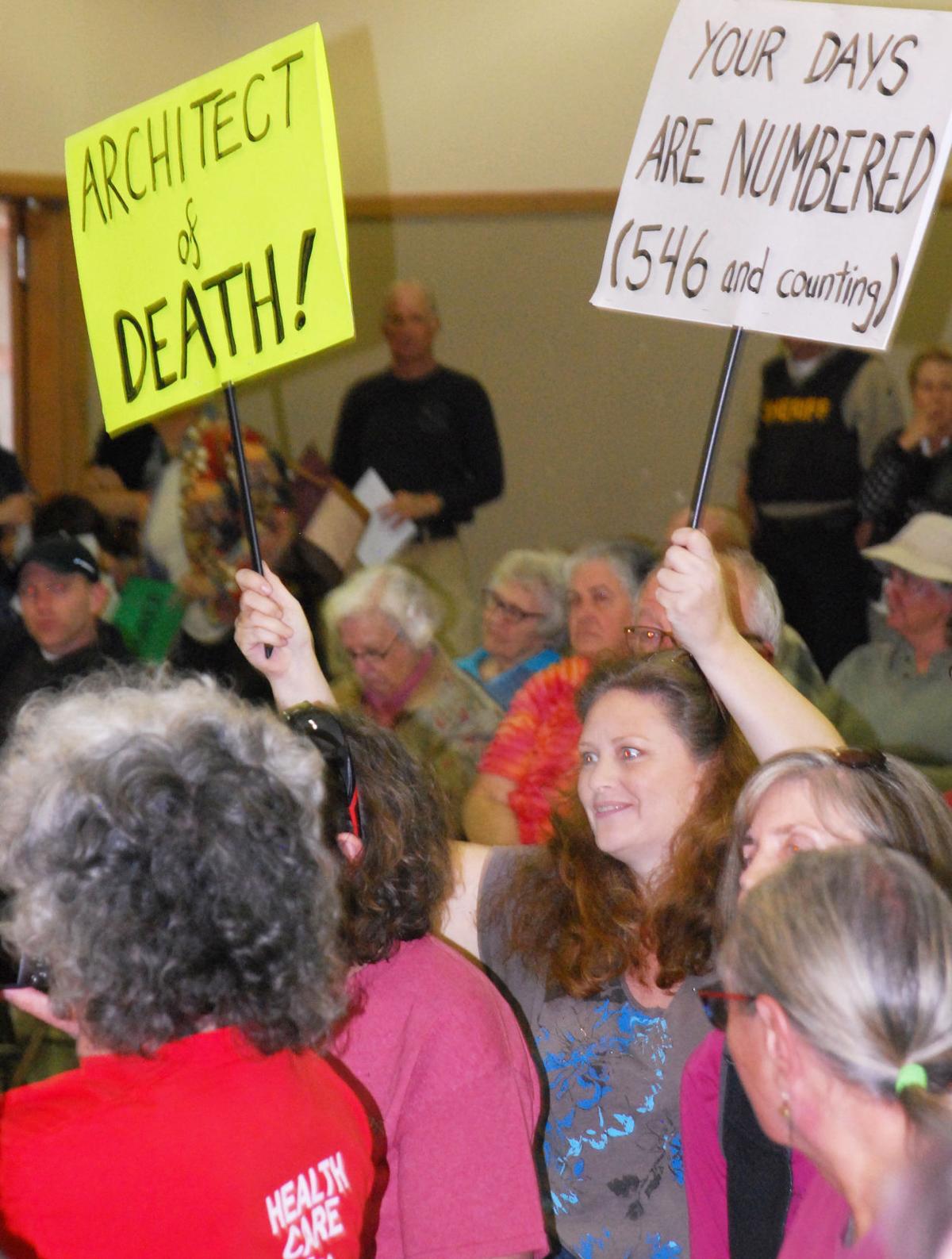 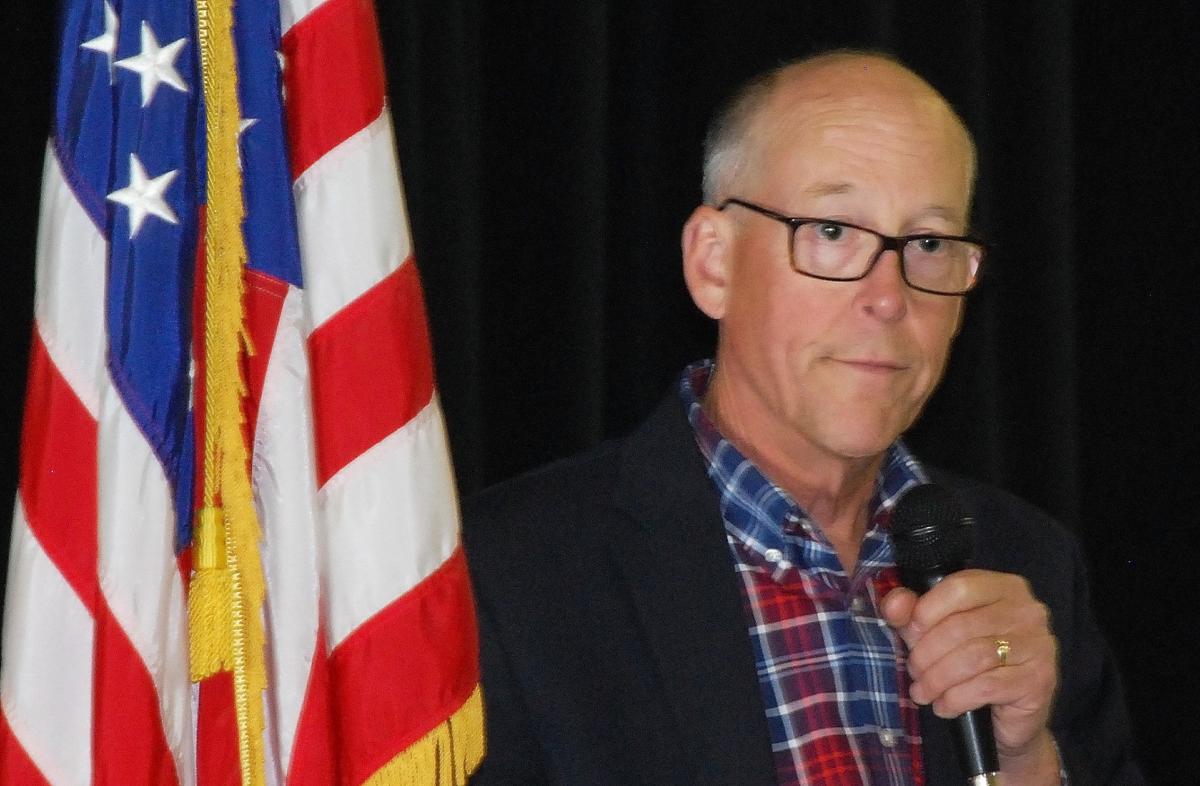 Health care was the minds of most who attended a town hall meetings hosted by U.S. Rep. Greg Walden (R-Oregon) Monday.

Approximately 100 people attended the session at Wallowa Elementary School, Walden’s last stop of the day. Several dozen showed up with mostly uncomplimentary signs, which were brandished throughout the hour-long session.

Questioners accused Walden of voting to scuttle Obamacare to give fellow Republican President Donald Trump a victory and said he lied to Oregonians by voting for a bill that withdrew some protections for people with preexisting conditions.

“Did you read the bill before you voted for it?” asked Ruby Boyd of Joseph.

Walden assured Boyd he had indeed read the bill and argued repeatedly that the Republican-sponsored measure was a better plan since it allowed states to tailor health care spending to their unique needs. He admitted that older people pay more for health care under the new law, but explained it was designed to bring younger people back into the plan.

Walden said under Obama’s plan, younger individuals paid a disproportionate share of health insurance costs to subsidize older participants — a point he also made in Baker City and Elgin.

Walden said he has been on the forefront of health care legislation for years and saw the vote May 4 as a way to “fix a failing system.”

Walden said the bill, which is being considered in the U.S. Senate, provided a narrow exemption to allow insurers to refuse coverage for preexisting conditions and said he didn’t expect that to happen in Oregon.

The law allows states to apply for a waiver to the current rules requiring that insurers accept those with preexisting conditions and charge them the same premiums as healthy people of the same age.

When asked if he believed health care was a right or a privilege, Walden said he believed it was “essential” and should be “available and affordable.”

A handful of audience members said they were supportive of Walden’s efforts and one pointed out that not everyone in the audience was from Wallowa County.

The proceedings reached a boiling point when two women sitting in the same row went nose-to-nose in a shouting match. The two were separated by Wallowa County deputy Kevin McQuead.

Similar themes were sounded at Walden’s stops in Baker City and Elgin.

“People are being priced out of the market today,” Walden told the audience of more than 100 Monday morning at Baker High School. “We’re trying to figure out how do we save these exchange markets so they will work.”

When asked how many Oregonians stand to lose coverage under the new proposal, Walden said he did not think it would be easy to predict at this point, drawing jeers from the crowd.

In other issues, Walden continued to advocate for active forest management to reduce the risk of destructive wildfires and create jobs in Eastern Oregon. He also said he does not support an independent investigation for Russian interference in the election at this time, instead preferring the matter be dealt with in the House and Senate intelligence committees.

Addressing another 100-plus people at Stella Mayfield School in Elgin, and at the Wallowa session, Walden asked the crowd directly how many people would support a universal, government-run health care system. The auditorium erupted in cheers and applause and most hands went up.

George Plaven of the East Oregonian contributed to this story.