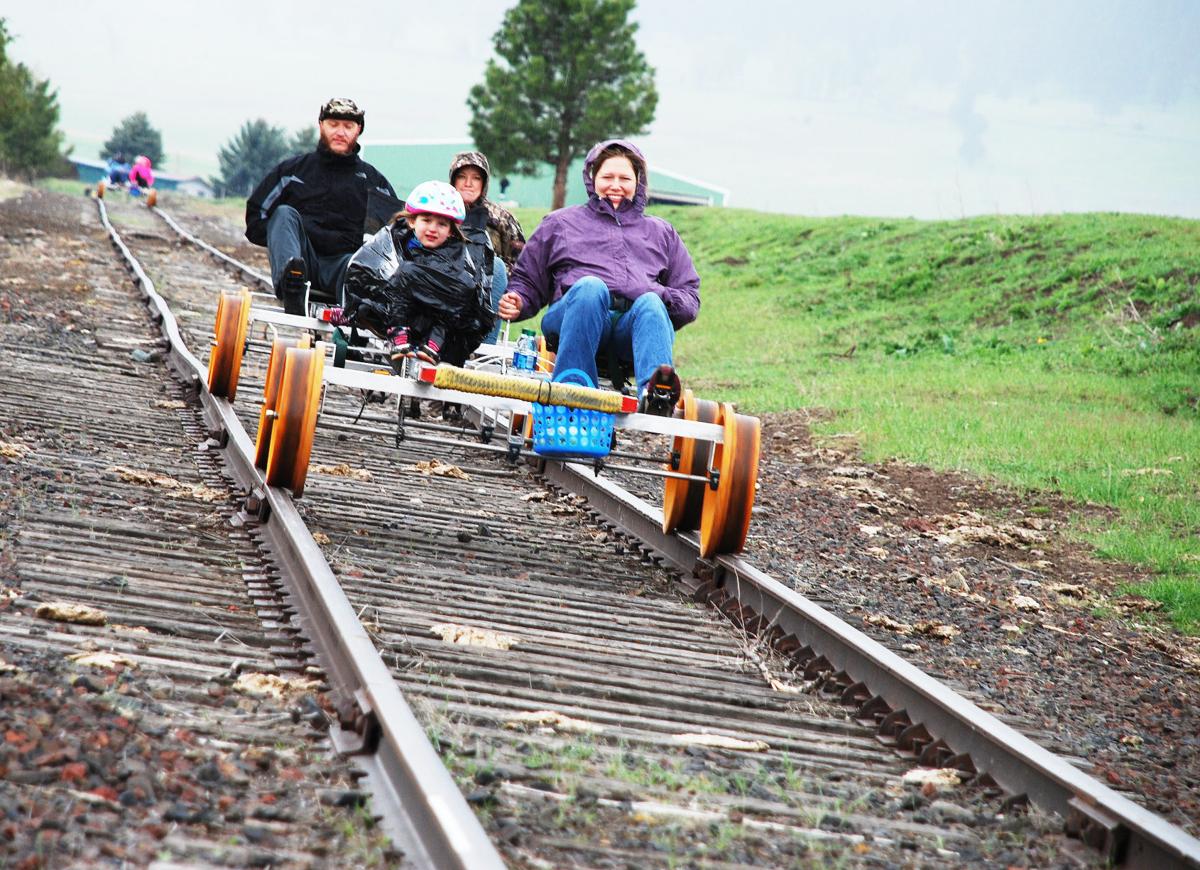 Paul Wahl/ChieftainJoseph Branch Railriders opened Saturday. Despite occasional rain, a number of people came out to pedal their way from Joseph to Enterprise. 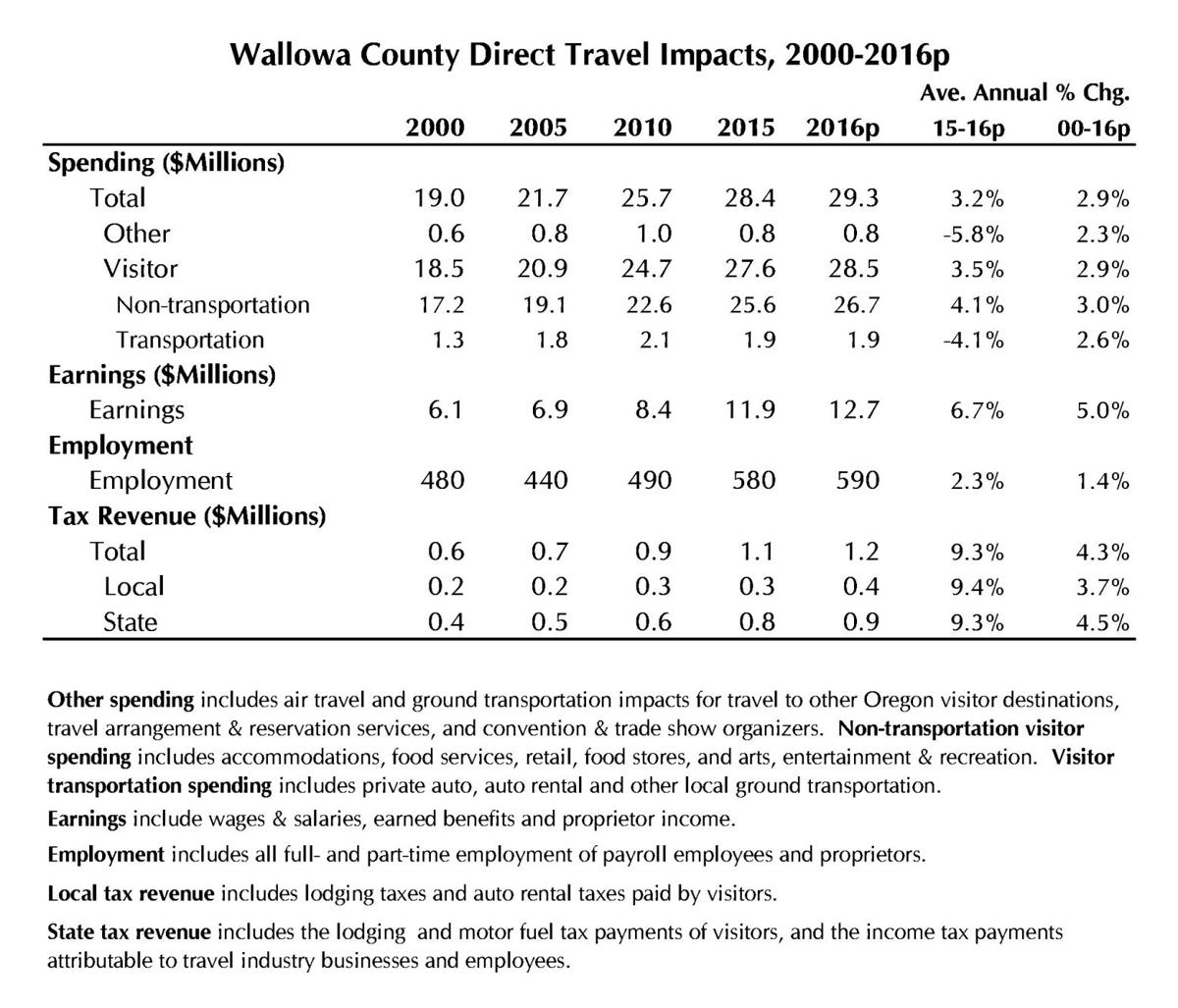 Paul Wahl/ChieftainJoseph Branch Railriders opened Saturday. Despite occasional rain, a number of people came out to pedal their way from Joseph to Enterprise.

The tourism industry grew to $29.3 million in 2016, according to a report published last week by Travel Oregon.

The bulk of that amount was spend on accommodations, food services, food stores, local transportation and gas, arts and recreation and retail sales.

Tourism spending was up roughly a million dollars over 2015 and almost $4 million over the 2008 figure.

The study was designed to measure the overall contribution of the travel and tourism industry in the state, according to Todd Davidson, CEO of Travel Oregon.

“We wanted to drill down and provide information on the additional economic impact in the seven regions as well as for each county,” Davidson said.

Wallowa County numbers were up in each of the past four years.

Earnings generated by tourism rose to $12.7 million in 2016, up $800,000 from the previous year. Davidson defined that number as the total for salaries and wages, including profits of the sole proprietorships.

Tourism supported 590 jobs in the county in 2016, up from 490 in 2010. Accommodation and food services jobs accounted for most of the jobs, while arts, entertainment and recreation were the second largest chunk. Around 50 retail jobs were also part of the tally.

The report, authored by Dean Runyan Associates of Portland, estimated that a job was created in tourism for each $48,500 spent in the county, with employee earnings accounting for $44 of each $100 spent by tourists.

Analysis contained in the report suggests that visitors who stay in commercial lodging typically have the greater economic impact over those who stay in private homes.

Statewide, tourism numbers have been trending upward, something Davidson he expects more.

“This is our seventh year of growth,” Davidson said. “Although the rate of growth may fluctuate from year to year, I believe growth will continue.”

Davidson said Wallowa County was one of the first to engage in Travel Oregon’s Rural Tourism Studio in 2009. A series of workshops were held to talk about tourism planning, agritourism development and tourism marketing, among other topics.

A vision for tourism in the county developed out of the program supported visitors having an authentic experience, controlling the direction of tourism growth locally and expanding interest in the shoulder and winter seasons.

Spending by tourists also rose in northeast Oregon, which includes Union and Baker counties in addition to Wallowa.

The regional total of direct spending was $352 million, up slightly from 2015. Total direct employment for the three counties was pegged at 5,700 jobs, mostly in accommodations and food service.